This is a blended in the barrel rum from Diamond distillery. This is comprised of 2 experimental barrels containing rum from the Diamond metal coffey still and the wooden single pot still from Versailles.

Vesailles distillery closed in the early 1970s, and its still was transferred to Enmore and then Uitvlugt where the barrels in this blend were filled. Versailles still was then moved to Diamond in 2000 when Uitvlugt closed as well. 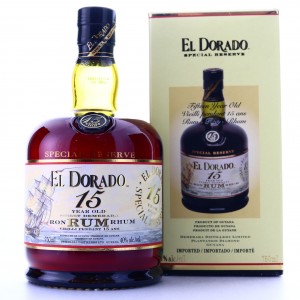