On July 31st 1970 a 300 year old Royal Naval tradition ended at precisely 6 bells in the forenoon watch when the last rum ration was issued aboard ships of the British Royal Navy. A day to be forever remembered as Black Tot Day. Original Royal Navy records confirm that the rum used for the rum ration was lost likely imported from the West Indies in oak casks by E.D. & F, Nab & Co, official rum merchants to the Navy since 1784. It was transferred into large oak marrying vats in the historic victualling warehouses of Deptford in east London, Gosport or Devonport from where it was dispatched to British Royal Naval ships.

This bottle of Black Tot contains the Last Consignment of the original Royal Naval Rum and was bottled from the original Imperial Gallon Stone Flagons into which it had been filled and sealed under HM Customs and Excise supervision in December 1970.

The bottle is presented in a elegant wooden case alongside a Tot cup, a rum ration card and a book about the history of Black Tot written by rum expert Dave Broom. 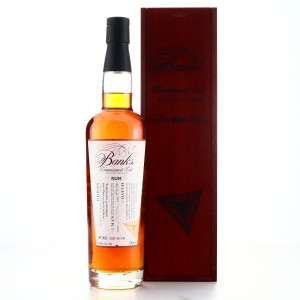